Nestled in the Hollywood Hills, the Rancho-style home first built in 1925 had seen a number of changes over the years. The original design consisted of three separate structures, each dedicated to a specific function—cooking, sleeping, entertaining—but various improvements by different owners over the years eventually connected the three structures into a U-shape.  This created a courtyard, which the previous owners decided to shade with a pergola built with Douglas-fir timbers.

By the time the newest owner purchased the home in 2013, the entire structure needed work. After spending a few years on the interiors, the homeowners began work on the exterior. One of the final projects on the list: replacing the pergola with a structure that not only supported the building’s style but also the pair of 60-year-old trumpet vines that grew as a verdant canopy over the space.

“The Douglas-fir was the wrong wood to use, altogether,” said the homeowner. “It was highly weathered, there were significant structural concerns, and had to be replaced.”

The family knew they wanted to use as many natural products for this outdoor installation as possible. Because redwood is naturally resistant to decay and termites, they were confident that the redwood could be left unfinished and remain in good condition for decades; an important consideration for preserving the health of the trumpet vines. 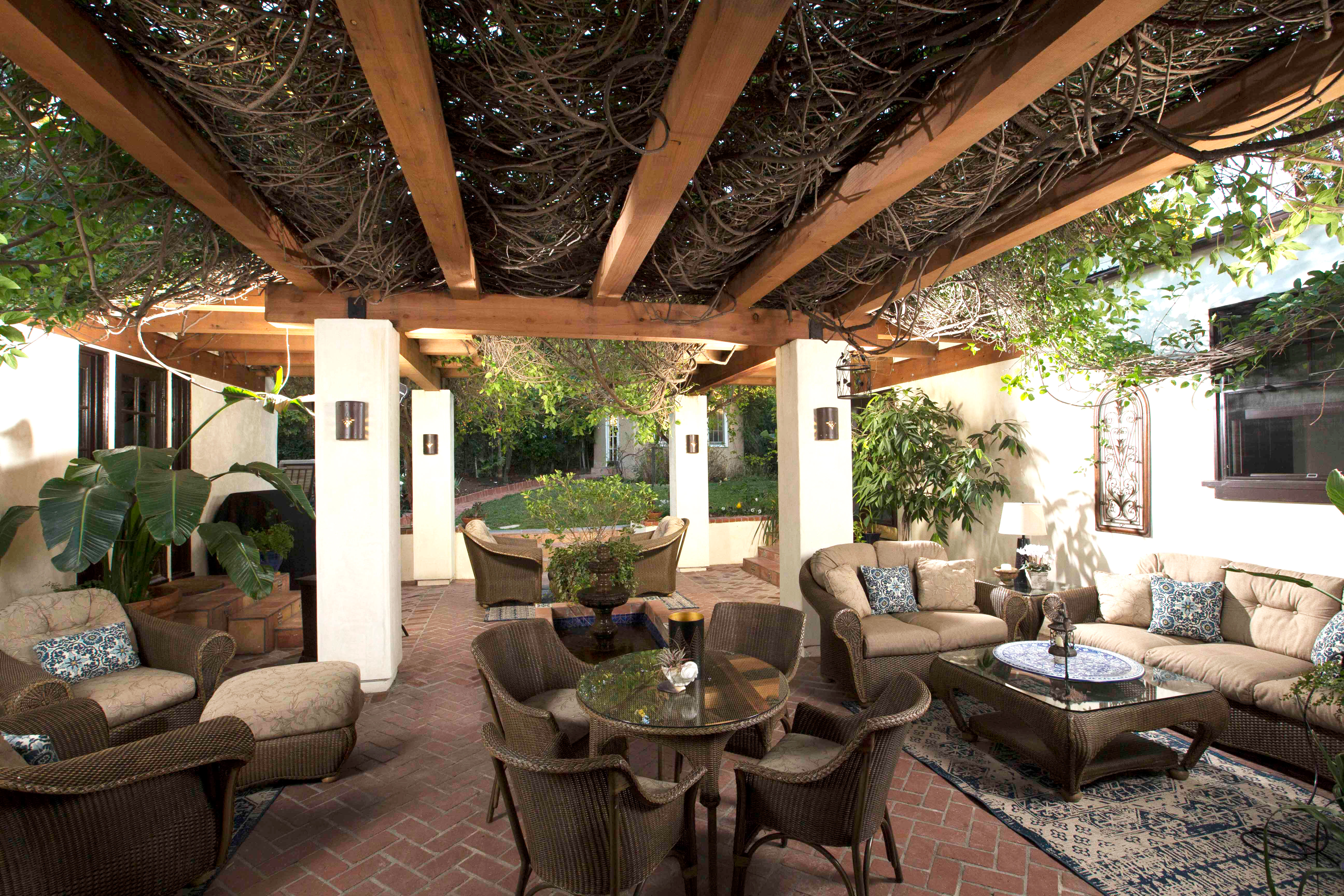 Doing research, the homeowner determined that redwood construction heart 3x12, 8x8 and 8x12 timbers—some cut to lengths as long as 20 feet—would be the best structural support for those tree-like trumpet vines. Before work could begin, contractors had to build a scaffolding to suspend the trumpet vines over the space to give enough clearance for the installation crew to do its work.

And there they stood, for four months while the team opened up exterior walls to bolt the metal braces and timbers into place. In addition to the pergola design, contractors also had to reinstall the outdoor lighting that was hardwired into place, replace the columns that the pergola rested up on, and re-stucco the exterior where holes were made for the brackets.

With the re-stucco project on the remaining two sides of the home completed, the homeowners have a classic Hollywood Hills piece of history to enjoy, honoring the building’s past, but built for a long and beautiful future. Thanks to the durability of redwood timbers, the trumpet vines will not need to temporarily relocate anywhere anytime soon.